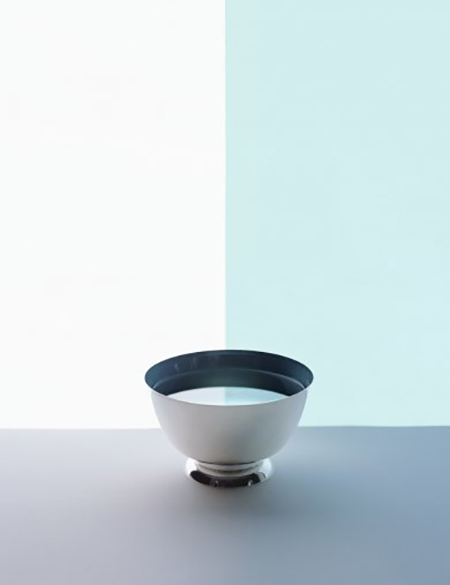 In "Sarah Charlesworth: Doubleworld," a not-to-be-missed photography retrospective by the late Pictures Generation artist, visitors will see a comprehensive body of work that is seductive, intelligent, and intriguing. Although not as well known as some of her peers, Charlesworth had a distinguished career that is thoroughly documented and well selected here, and most of the works are keepers. Charlesworth's process was to photographically appropriate existing imagery. In her series "Objects of Desire," material objects appear as icons centered against vibrant, single-color backgrounds which match and merge with the color of a frame. In Charlesworth's hands, these emblematic images are aesthetically alluring, with their magnetism exceeding that of conventional advertisements.

In one of her earliest projects, Charlesworth documents the progression of an eclipse using photographed images from newspapers, arranged sequentially according to location in the eclipse's trajectory. "Falling People," another early series, consists of photographed news images of people falling or jumping out of buildings. While encouraging questions about what we are seeing, they also objectify sensationalism. In one of her later series, Charlesworth made everything monochromatic white, such that Buddhas, leaves and other tranquil images are only subtly decipherable. While the artist's intent was to question where an object begins and ends in our perception of it, the series nevertheless expresses meditative calm.