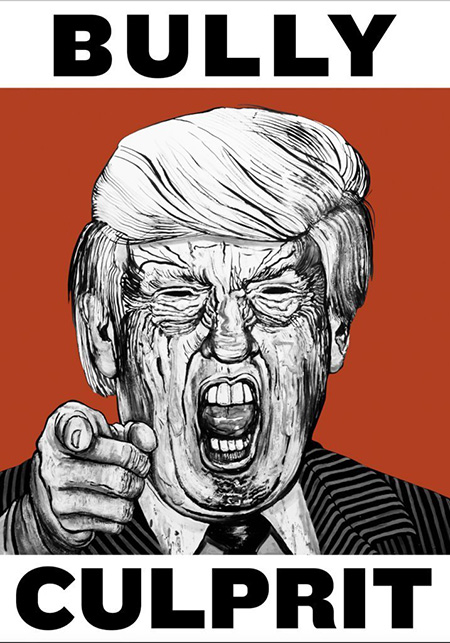 Seen from a distance, the contemporary art world is zipping along pretty much as usual. I’m certainly getting submerged in endless coverage of the recently opened Venice Biennale, following fairly quickly by a similarly intense barrage about this year’s Whitney Biennial. In Chicago we’re gearing up for the large Takashi Murakami retrospective opening in a few weeks at the Museum of Contemporary Art, following the recent closing of the big Helio Oiticica retrospective at the Art Institute. Our local colleges and art schools are graduating a new crop of students, the Spring auctions at Christie’s and Sotheby’s are watched and chronicled, and you have the leisure and interest to scan over the current postings from Visual Art Source. If you don’t look too hard everything seems exactly as it did, say, in 2013: things are happening, some quite interesting, some not so much, but the enormous apparatus that is the art world seems to be chugging along just fine.

But it’s not, quite. Just scratch the surface the tiniest bit and everything seems somehow cranky and indecisive, as if we’re just robotically going through the motions, inhabiting inherited structures and procedures that seem to move on their own impetus. The first half of 2017 feels a bit like the eight months of the Phony War of 1939-40, when very limited military action followed the declarations of war by France and the UK against Germany in 1939. A state of war existed but practically nothing occurred, at least not on the Western Front, as if the nations on both sides couldn’t quite believe what had happened. While certainly marshalling their strength for the horrors to come it was as though the adversaries decided independently not to accept the reality of the situation, as if it could all be undone or wished away. Eventually the Phony War ended and the carnage ensued, but for an extended period an almost collective amnesia seemed the new normal, with most citizens in the combatant nations determined to ignore the apocalypse that awaited them.

Of course, I’m not unaware of the recent protests, marches, and burgeoning organized opposition to Donald Trump, and I would guess — and for the record, it’s just a guess — that some 90-95% of the contemporary art community is viscerally opposed to his presidency (I’m pretty sure, however, people in the White House won’t be shaking in fear in the unlikely event they ever hear of this). And I would also guess that that opposition is going to take a more structured form in the many months ahead of the 2018 off year elections; art and political and social activism, while not a professional obligation for art practitioners, has always been a part — and sometimes a very central part — of modern visual culture.

But it’s this awkward moment of interregnum that interests me, that a press release from the MCA in May 2017 can gush about how Murakami “is widely known for both his fine art and commercial output — including collaborations with pop icons such as Kanye West and fashion house Louis Vuitton.” But that’s a bit of a cheap shot; the Murakami exhibition, which is certainly deserved, was planned when people like me were wondering aloud where Hillary Clinton was someday going to have her Presidential Library (would it be in Little Rock, by her spouse’s, or in New York, where she lives and was its Senator. Or perhaps in Illinois, where she was born and raised?).

But I digress; in these early months, it’s the scattered nature of the opposition — not in its aims, but in its methods — that intrigues me, as if the art community has had a collective nervous breakdown and needs therapy before it can become an effective opposition. (I’m part of this too, and as a self-defense mechanism spent a few months after last November concentrating almost exclusively on the Chicago White Sox and a long BBC mini-series of Dickens novels). We’re variously willing to march, sign petitions, grouse to our friends and colleagues, click “Like” on Facebook to anything mocking Trump, and see Sean Spicer as a Roy Cohn for our time (it’s very hard to speak truth to power when power is determined to be deaf).

But it’s the grousing itself that reflects the challenge. Nearly everyone I speak to seems to agree on the problem, but to date seems unable to offer a path or a solution that would accomplish all that much. Massive civil disobedience? A national strike? Work within the political structure? Get smarter talking heads on MSNBC? All of these options sound great, and I sense that a great deal of the frustration many around me feel is rooted in their secret knowledge that none of these will produce a guaranteed outcome. But at least one critical thing is certain: it will serve as an historic record of protest, that whatever ensues in the months and years ahead, it did not pass in silence.