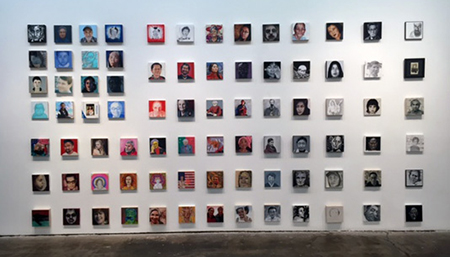 Nearly 400 Women's Marches — very much inclusive of men! — took place across America and over 600 globally on Saturday, one day after a sparsely attended inauguration of a would-be dictator. Make no mistake, these may have been about the announced espousal of a positive agenda of women's rights, but they were truly an expression of protest to what millions expect from this presidency: a would be dictatorship. The shared intent is that we the people hope to dissuade Mr. Trump from his own worst instincts; but failing that he has been put on notice that the resistance will be both deep and widespread.

The sheer scale of the Marches, together with the unprecedented number of them point to a commonly held understanding. America was manipulated, dishonestly, into electing a man who is: an anti-democratic and possibly totalitarian fascist, a misogynist, a sociopathic liar, a con artist, and rife with personal conflicts of interest. Millions effectively expressed their belief, one that I agree with, that America has fallen into the hands of a traitor who colluded with a hostile foreign power (and a compliant FBI director) to steal an election. Lock him up.

His ostensible politics, even were these personal traits and criminal acts not extraordinarily dangerous to both our democratic traditions and institutions, as well as our nation's safety and security, are extreme and odious to anyone who embraces the principles of liberalism — a fact that would never have aroused such a response were he a normal person.

Not for the first time, what happened on January 21st was effective in part due to trends born in the tradition of modern and contemporary art and street theater:  the creativity of the street signs, the seemingly spontaneous appearance of thousands of knitted "pussyhats," costumed individuals, small groups of performers, and even the visual appearance of the crowds as recorded in overhead camera shots. The overall tone (millions of demonstrators doing so utterly peacefully, but with such clear emotional intensity) was shaped by so many visual elements, which as recorded will also provide the signification of historical memory. The balance between mass political protest and street party could not have been better designed by intent. There was no reported violence at all, and no arrests. The invisible hand of Martin Luther King left its fingerprints indelibly throughout.

But make no mistake, the mass of energy has arrived too late to alter the outcome of the November election, and comes 22 months before the 2018 Congressional elections. It is those elections that must be the primary, even the only goal set by the Women's Marches. A wave election is the one meaningful product that can come out of that day, Day One of the 2018 and 2020 elections. For without a Democratic party majority in the House of Representatives the horrifying trend towards fascism will only continue. And without the Democratic party reversing the extreme gerrymandering of 2010 following the 2020 election (with, we expect, a new President) everything else will lose meaning.

January 21, 2017 stands as the first historic day of a tidal wave of truly democratic political action that will arrive on Tuesday, November 6, 2018.