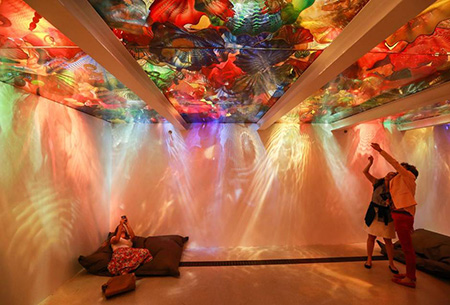 Ah, art criticism — for those of us who practice it and those of you who consume it, it continues to have an uneasy place at the table of contemporary art. Art criticism and its discontents is an enormous topic. I won't pretend to address the confusion and occasional dismay about its practice today, and will instead meander a bit through a few aspects of it. It's always good to start these kinds of inquiries with definitions. If I Google or Bing “Criticism definition" what always comes up provides two main options — 1: the expression of disapproval of someone or something on the basis of perceived faults or mistakes. And, 2:  the analysis and judgement of the merits and faults of a literary or artistic work. And right there lies a good deal of the challenge that many in the public have with criticism, or for our purposes, art criticism. These two options are really quite contradictory, and people can't be blamed for meaning, say, [1] when I would argue [2] is much closer to how I would define criticism.

Let's analyze each for a bit. Option 1 is redolent with negativity, with words like “disapproval" and “faults and mistakes," it doesn't even offer a positive option as it is overtly and blatantly defined as an “expression of disapproval." Option 2, though, seems by comparison benign and ethereal, full of wisdom and fairness. Instead of offering that “expression of disapproval," it promises “analysis and judgment." Instead of “faults and mistakes" it whispers of “merits and faults."  The credo of the latter is to be laudably fair and balanced. The key point is that when you employ the term 'criticism,' parts of the population hear two different things, and they are, literally by definition, justified in doing so; indeed, the option I prefer, the second, is precisely that, it's the second option of usage of the word, not the first.

But what of negative criticism, what place does it have in this discussion? I recently (through a Facebook prompt) came across this July 8 review in Toronto's The Globe and Mail by James Adams of a Dale Chihuly exhibition.

It's quite a negative review, witty and sharp, one of those that upbraids the artist of just about everything up to abusing library books. Adams doesn't like the show, he doesn't like the hoopla surrounding Chihuly, and he has thought hard about it and produced a clever diatribe that is intended to be provocative. And that's perfectly fine with me; Chihuly can certainly withstand a profoundly negative assessment. It's thoughtful and consistent throughout, whether you agree or disagree with his judgment.

There are really, after all, no purely negative or positive reviews, they are always somewhere on a scale between the two. Adams' does tilt the scale a bit! I generally pursue what I would call a “yes, but" tone in my reviews. I try to give the artist a verbal voice, describe what he, she, or they are trying to do, describe the work and give it an airing. But embedded in my adjectival choice, in the tempo of the paragraphs, in slight moments of reservation, I try to indicate where I'm less taken with what I'm seeing. It's rare that I 'rave' and it's rare that I 'pan' because in most cases artists are trying hard to do something, and I value that effort. I mostly, but not always, keep to option 2. And I always root for art and artists, if not for specific exhibitions.

I write exhibition reviews because I still find it the most interesting and risky thing that I get to do. The struggle to articulate brand new work being examined for the first time, the craft of using between 350 and 800 words to convey some sense of its nature and value absorbs me. To be sent to review an exhibition at the request of an editor about twice a month for the last 30 years still puts me in a cold sweat, certain I'll never find a way to articulate what this exhibition I'm reviewing is about, that this is the one that will get me dismissed by the publication and unmasked as the pedant I truly am, that the gig is finally up. I've got hours in front of the keyboard awaiting me hoping to put off that outcome for another month. Secretly, I can't wait for next month to arrive.