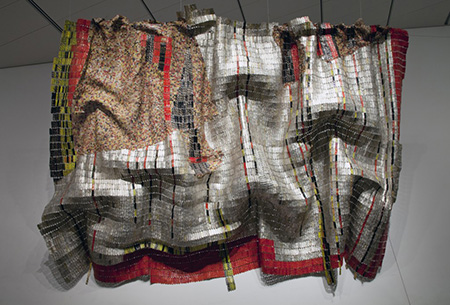 Globalization has come increasingly under attack in the political realm this year. In part this is an unsurprising reaction on the part of the losers in a now decades-long process in which uncomfortable transitions are baked in. The wild card has been personified, but hardly limited to what most call ISIS. Or ISIL. Or Daesh. Globalization provides opportunities for anarchists to wreak damage, mainly psychological, disproportionate to their numbers and influence, and quickens mass awareness of their deliberate outrages. The phenomenon is nothing new under the sun, but the delivery systems and media eyes that disseminate them are unlike anything before. Until very recently, this was limited to the musings of philosophers or the imaginings of novelists. It is not surprising that a whole lot of folks would like to wish it all away, happily throwing the baby out with the bathwater.

But globalization continues apace, and will not go away short the kind of catastrophe that only fools would envision as solutions. Which brings me to the Public Policy Poll this week that found 13% of Americans would prefer that a giant meteor hit the Earth than vote for either current Presidential contender. Great, in a dangerous world millions would opt, even tongue in cheek, for a quick death rather than leadership they do not like. Presumably comforted in the fleeting knowledge before the end that the danger of a terrorist intrusion will be a thing of the past. We can only hope that we receive neither the punishment nor the authoritarianism that our lunatic minority are begging for.

Here at home our wanna-be Mussolini repeats ad nauseam the false concern that trade deficits with certain of our international trading partners represents a hemorrhaging of both financial strength and jobs. Millions of the rank and file both here and in Europe have the impression that billions of out of control locust-like immigrants are pouring across our borders with the express intent of gobbling up what’s left after China and Mexico have robbed us, assuming they don’t blow us up first. If you buy this crap, I know of a wonderful university program for you to enroll in. Fact check: the money spent in trade is not public dollars, but a measure of our far greater private wealth — we can afford to buy more or their products than most of our trading partners. It is hardly a disaster that the U.S. has enjoyed seven straight years of monthly job growth — that’s not hemorrhaging folks. And illegal immigration has declined over the last eight liberal years. The controls and vetting procedures used today are light years beyond anything my grandparents experienced when they arrived at Ellis Island a century ago.

It was downright disheartening to learn that the recent Brexit referendum passed because 70% of the Baby Boomers proved that the Beatles’ cultural impact on a generation has seemingly faded near to zero. Speaking as one, what is going on with you people? Just as our older generation is free to take those off-season post-retirement vacation trips abroad, it appears most are too scared to risk the journey across the border. Thank goodness the millennials feel otherwise — but will that last? Stay tuned.

Given our collective struggles to adapt to a world in which an element of risk does continue to exist (the centuries leading up to the mid-twentieth century wars weren’t so hot, trust me on this), I’d like to suggest that the globalization of culture offers exactly the remedy we all need. Over the last 30 years the growing familiarity of World Music, foreign stars in professional sports, the circuit of international art fairs and globe trotting street artists are in fact much more consequential than the instantaneous transmission of digital data or a political sneeze in the UK reverberating the same day in Beijing.

The art world offers both a model and metaphor for the essential significance of globalization as more than only a force for economic or political progress. The exchange of exhibitions by Ai Wei Wei or El Anatsui arriving at your local gallery or as part of a museum’s permanent collection, while shows featuring John Baldessari or Kerry James Marshall will pop up in Dubai or Johannesburg is long past the novelty phase. The language of contemporary art transcends national boundaries, ideologies and the spoken word. The systems have been in place long enough for this reality to have taken hold.

Art is where the sheer variety of individual difference merges with the common ground of creative purpose. To absorb, synthesize and evolve by virtue of an ever widening series of encounters, this is now the established root of new art. The disjunctive harmonies produced by artists' constant grappling with the unfamiliar, whether the point of origin is an alien and foreign tradition or the offbeat solution of a particular individual experimenting, are the harmonies of life and they recognize no boundaries, they favor no group. Art offers infinite space for growing new possibilities, and art’s proponents by intent seek to share those possibilities generously and freely. That’s the real global economy’s coin of the realm, and it is the breath of our lives that give it value.