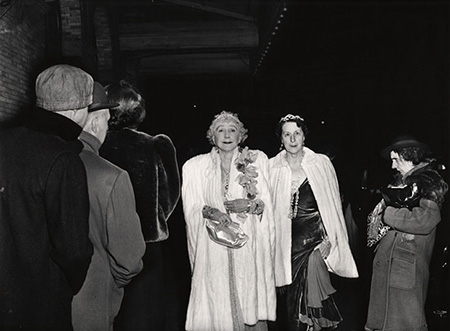 The grand reopening of the new, improved San Francisco Museum of Modern Art — with seven floors and 145,000 square feet of exhibition space, now the largest contemporary art museum in the country, and, with its spiffy new fabric-like cladding, among the most architecturally distinctive — inaugurates a new era in the Bay Area art scene. Museum Director Neal Benezra called it “a game changer [that] lifts us to the top ranks for museums of modern and contemporary art in the world.” It is unthinkable after this cultural bombshell — much of whose immediate impact derives from the stunning Fisher collection — that the national media will be able to continue to sniff condescendingly at San Francisco as a charming town, but, after all, a minor art market and a minor player. Expect more serious attention from the national press; it’s long, long overdue. In addition, as everyone knows, major galleries are coming to the area, sinking exploratory wells in the city and on the peninsula; there’s gold in the Valley, after all, if one can educate and cultivate new collectors. So congratulations, Bay Area, on graduating to the big time. May local artists, as well, live long and prosper from these happy days — or let me say, in the fashion of William T. Wiley, happy daze?

Not to be the ghost at the feast, however, San Francisco is at the same time reeling from gentrification wrought by the latest wave of digital prosperity. Ever-rising rents have caused a slow but discernible diaspora of artists over the past few years; nonprofits have relocated or closed; and San Francisco’s traditional identity as a tolerant bohemia is all but gone these days, perhaps never to return. New York values (which we celebrate when we gush over large buildings and big money) supplant San Francisco’s humanistic values, including the ornery individualism that made and makes for great art here, but not necessarily great art careers. In her May 3rd Guardian article, San Francisco writer Rebecca Solnit wrote:

"Silicon Valley’s well-paid workforce is disproportionately white, male and young. Schooteachers, mechanics and other vital workers are being pushed out of an increasingly homogeneous central Bay Area, and homelessness is an escalating crisis … Most people who aren’t wealthy feel they have no future here, and those of us who are securely housed dread staying in place ... A place long considered a utopia of sorts has become a textbook dystopia."

Certainly the numerous tents lining Folsom and Division streets are cause for concern, visions from a Third World country rather than, as one television station crowed, years ago, “the best place on earth.” And yet the Bay Area’s natural beauty remains remarkable — even as the speculative buying of even ho-hum or ramshackle housing drives up costs for all. It would be short-sighted to blame the beneficiaries of the new economy — including the moneyed classes supporting our splendid museums — completely for our current economic stress. Weegee’s wonderfully sardonic 1943 photograph, “The Critic," of a bag lady scowling at a pair of wealthy women dressed to the nines might be considered politically correct, but who romanticizes poverty in go-getter America?

Alain de Botton and John Armstrong in their book "Art as Therapy" make a case for seeing art without the filter of price tags and brand names beloved of American consumer culture, which I quote here at length:

"Moral messages — messages that encourage our better selves — can be found in works of art that seem, initially, to have little interest in ‘saying’ anything to us. Take a Korean moon jar [Choson Dynasty, 17th-18th century, white porcelain, private collection]. Aside from being a useful receptacle, it is also a superlative homage to the virtue of modesty. It stresses this quality by allowing minor blemishes to remain on its surface, by being full of variations of colour and having an imperfect glaze and an outline that does not follow an ideal oval trajectory. Impurities have found their way into the kiln, resulting in a random array of black dots all over the surface. The jar is modest because it seems not to mind about any of this. Its flaws merely concede its [uninterest] in the race for status. It has the wisdom not to ask to be thought too special. It is not humble, just content with what it is. For a person who is given to arrogance or anxiety about worldly status, and who frets about being recognized at social gatherings, the sight of such a jar may be intensely moving as well as encouraging. Seeing the ideal of modesty so clearly may make it obvious that one is in exile from it. All the same, here it is, waiting for us in the jar. It would be understandable if [people who were] at heart sincere and good, whose arrogance was only a habit built up to protect a vulnerable part of themselves, should, as they contemplated the moon jar, find themselves yearning to make a change in their lives under the aegis of the values encoded in a piece of ceramic."