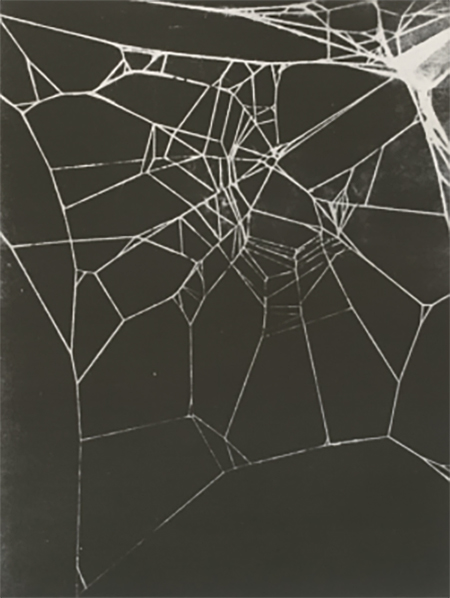 From the turkey-serving matron in Norman Rockwell’s “Freedom from Want” to Faye Dunaway’s histrionic inhabitation of Joan Crawford in “Mommie Dearest,” depictions of motherhood in popular culture have run a harrowing gamut. That dialectic is central to curator Hope Svenson’s challenging group exhibition, “MOMMY." The included works range from the reassuring symbolism of Sonya Hamilton’s “Charlie” (2014), a small adobe sculpture of a house, to Rosemarie Trockel’s decidedly un-warm’n’fuzzy “What it is like to be what you are not” (1993). In that piece, a set of photoengravures documents a scientific experiment in which  spiders were dosed with psychotropic drugs. The resulting spiderwebs, with their wildly canted angles, speak to the transmogrifications of physicality and personality some women report during pregnancy and motherhood.