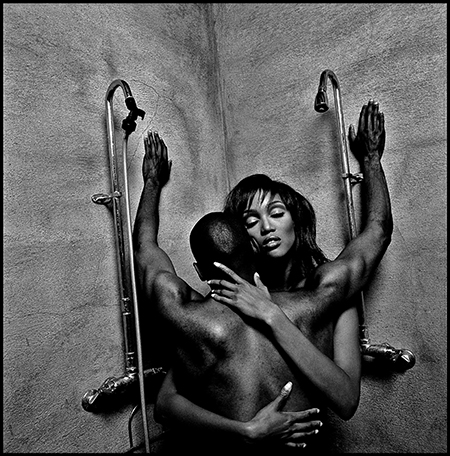 In the midst of the current “Black Lives Matter” movement, the time of photographer Eli Reed has come. Reed walks in the footsteps of the precursors of contemporary street photography, in particular Robert Frank, Danny Lyon, Ernest Withers and Gordon Parks. Like them, he was a child of the sixties, a witness to the rise of the Civil Rights Movements, and his career spans those brief years of hope and weathering the bleak decades of regression that followed in the eighties.

Just two years after black demonstrations of despair, better known as “riots,” he graduated from an art school in Newark in 1969. Reed, who has never ceased to use his camera as a tool for social activism, was one of the great eyes of the fin-de-siècle period, recording marginalized lives of people lacking social capital. It is shocking to realize that it was not until 1988 that Magnum included a black photographer — Eli Reed — a Neiman Fellow at Harvard among their official ranks. Magnum was attracted to Reed’s work in Guatemala and other Latin American nations during the upheavals of the 1980s.

Although one can see in his formal attitude towards photography the compositional elegance of Frank, Reed also displays a gift for capturing the sense of a particular time and place. But as a black man, Reed is more focused than Frank on a single theme. Like the iconic “I Am A Man” (1968) photograph by Withers, he shows how the underclass actually lives. Despite the impact of sixties street photography that he grew up with, Reed doesn't always work in black and white. His 1983 series on Beirut used color to great effect, as demonstrated by his image of a blond boy holding a gun in a refugee camp for Palestinians and black-clad evacuees shielding themselves from rifle fire near a pink baby carriage.

Despite his deft touch at using color emotionally, the works here share the common ground of his recent book, "A Long Walk Home," a largely black and white meditation on his prime theme, “what it means to be a human being.” Even though his images have the effect, if not the intent, of a social critique, Reed’s eye for troubled times expanded well beyond his home territory. Everywhere, from Central America to Rwanda to Maricopa County, there are people without resources living out lives misshapen by prejudice, war or poverty.

Many of his recent images return to his home, the housing project of Perth Amboy in New Jersey, and viewing them one can ask how much change has been accomplished in the nearly fifty years since 1967. A possible answer could be his suggestive image of model Tyra Banks and director John Singleton, enjoying an upscale moment in an elegant shower in 1994. "A Long Walk Home," successor to his 1997 book "Black in America," is more of a retrospective of his entire career. In some ways, the crowning image of the book is his 2009 photograph of a smiling President Barack Obama, a year into his presidency when his hair was still black. One remembers the famous 1942 image taken by Gordon Parks of a black “cleaning woman” holding her broom and mop aloft in front of an American flag. Ironically titled "American Gothic," the photograph by Parks is juxtaposed in memory by Reed’s picture of Obama, with the Rose Gardens of the White House framing the first black president — without irony, brimming with hope and walking home.