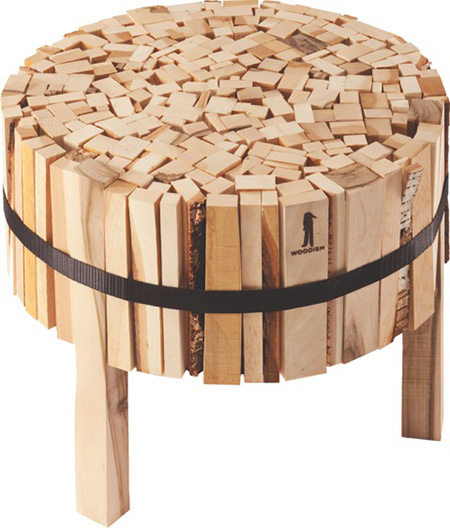 Artek furniture, Iittala glass, Arabia tableware: these were the dream bridal registry gifts for the ideal midcentury-modern engaged couple. Not just in Helsinki, Finland either, where they were made, but all over the western world. One could say Ikea is so popular in Russia now because they never got a true education in Finnish design during the Cold War; they have to settle for third-best.

To see how influential and continually vital Finnish product design, furniture, and architecture are, one gets a tiny tasting-menu version in “Finland: Designed Environments.” Design and architecture shows are notoriously hard to make visually interesting. Short of having the whole building moved inside or on-site, curators settle for models and drawings, blueprints and photographs. Fortunately, there is only one model presented, that of the museum’s new building, a $60 million structure on the Ballard waterfront to be designed by Seattle-based Mithun and Juhani Pallasmaa, a senior Finnish architect, that is scheduled to break ground in 2016.

Only one midcentury giant is included, Harri Koskinen, whose “Lento” chair is redone in black leather and renamed “HK002.” Classic bent and laminated birch — plywood, veneer, solid, but never, never decorated — is the backbone of Finnish furniture design to this day.

Amusingly, “Finland: Designed Environments” introduces one ingenious, 21st-century idea: design for the homeless. The “Orange Box Chair” (2009) by Hannu Kähönen, can be disassembled easily and carried. Made anew but based on the orange-crate idea (those bookshelves in graduate school!), it comes with its own fine linen cord for tying together — and moving on. Molded black polyester-felt covers the “Kola” rocking chair (2010), an Eamesian tribute that would be right at home in California.

The gallery lights are motion-activated, so the show unveils itself in stages, sometimes quite dramatically. This worked best with the four dresses in the third and final gallery. As in Norway’s new couture, nature equals spiritual as well as national heritage and, in the 21st century, spirituality in northern Europe translates as hyper-sensitive reverence and worship of nature, perhaps the first new religion of climate change. Floor-length, Japanese torn clothing influenced, Marita Huurinainen’s “Emo” dress (2011) alludes to 19th-century water sprites in the paintings of Gallen-Kallela. The dress is made of fused wool and peat, that is, mossy dirt. The shoes are of leather and bent rosewood. “Lepo Jacket” (2011) by Marimekko (another 1960s Finnish design icon) is made of coarse charcoal linen on the sleekly frumpy outside (those patch pockets!) with all unstructured comfort on the inside. Terhi Tolvanen’s segmented necklaces mix white quartz and tourmaline with birch twigs. And Tarja Tuupanen’s opal-and-silver brooch is tiny (3 x 5 x 4 inches) but it is just as jarringly beautiful.

Form follows function will always be a part of Finnish design; they’re hard-wired for it. The newer, fresher designs channel pop cultures and rural Finnish stereotypes through fabric design, dresses, furniture and other outlets. Finland’s new global presence transcends older national, cultural barriers and the Cold War need for design to appear Finnish (and not Soviet) at all costs. Design staff at the big houses and factories now come from all over the world to take advanced instruction in Finnish universities and at their superb polytechnic schools. Finnish design is the gold standard to many in the world for a certain kind of restrained good taste with practical, homey details. And Finland’s architects — after the Age of Aalto and the Saarinen family — like ALA, Verstas, Avanto and K2S, are winning commissions all over the world, including Asia and Africa. A sensitivity to the environment due to their undeniable interdependence in a hostile climate was ahead of the curve in foreseeing solutions to extreme climates or topographies with few natural resources.

Ceramics in Finland are different, too. Most ceramists seek factory jobs; few have their own studios, mostly outside the Helsinki area. The reason is that, with time, the factory workers can become artist-potters within the factory. Given their own studio at Arabia, for example, potters can make their own one-of-a-kind works and, if they wish (and the company hopes), design some for mass production. The miracle of Finnish ceramic production is the mixture of machine-made, molded parts, with hand-applied, or the look of hand-applied decoration. This is why they can be as expensive as porcelain though without china’s luxury cachet. Beautiful examples by Karin Widnäs, Kati Tuominen-Nüttylä and Caroline Slotte run the range of designed table ware, special pieces, and even conceptual sculpture using found dishes, in the latter case. They seek and receive international recognition, too. As with the best of old—and new—Finnish design, it’s often hard to distinguish the machine-made from the handmade. That’s part of the genius of Finnish design.