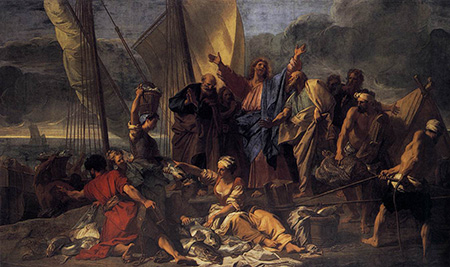 Oh, I think we get it — the contemporary art world is such an exposed and fragile piñata that any good poke will set its innards spewing. Seeming to many to solely rotate around money, celebrity, naked careerism, a fetish for novelty, gossip, insider trading, and an easy to caricature cast of curious characters, it becomes a no-brainer for our senior writers to catalogue our art scene’s hypocrisies and tsk-tsk their way through 1,000-word essays of lament. If I read one more scolding diatribe on the state of the current art world — well, no threats, let’s just say that enduring another essay of chagrined regret by the likes of Dave Hickey or Jerry Saltz, to name but two, will be one too many. You know, it’s all the fault of Koons, Gagosian, the Whitney Biennial, Twitter, art flipping collectors, snooty jet-setting curators, the auction houses, bloggers, art fairs, etc., as if any of this was actually news; and these essays are written with such crocodile tears of feigned sorrow that you would have thought the world — even if it’s just the art world — was coming to an end.

But if I may, I’d like to give some unsolicited advice to my senior — and I do mean senior — colleagues. If your age begins with ‘s’ (not 6, 7, 16 or 17, think about fifty years later than that) you should probably desist from whining too publicly about the current state of just about anything, and that includes the contemporary art world. Please, no accusations of ageism; I’m sympathetic to my AARP-advantaged colleagues (and have crossed that threshold myself) who feel compelled to rail against the art and culture of their latter time. When your age begins with ‘s’ I suppose you can’t help but wonder how many Documentas you’ve got left (“yeah, I was there in 2012, I should make 2017, I’ll probably make 2022 — though my hip won’t — but 2027? 2032? Auf Wiedersehen!”), and it’s beginning to look like the things you argued and stood for 20 and 30 years ago aren’t going to happen. You feel you’re not being listened to, you’re not the eminence gris you thought you’d become, the veteran arbiter of all the culture wars whose wisdom should be revered, whose counsel should be sought, whose name should be intoned with awe. “Why,” you ask yourself, “don’t they remember that article I wrote in ARTS in 1985?”

Well, they don’t, and what’s worse, they don’t care. It is as natural as the turning of the Earth, the old must give way to the new, but never seems able to do so graciously. There always comes a time of generational misanthropy; while it would be wonderful if the ‘s-age’ actually meant ‘sage,’ it never does. It is just too difficult for a person of age to turn his or her back on the gods of their youth, to the battles fought when tomorrows appeared endless and you were part of an activist change that seemed both fresh and invigorating. It was probably neither, just the tempo of your time, but it was your time, and its effacement by the following generation is hard to accept. The tone of recent writing about, say, Jeff Koons, is surprisingly similar to how Robert Hughes and Clement Greenberg sounded writing about Warhol 40 years ago. Koons and Warhol stand accused of creating the cultural milieu they, each in his own way and in his own time, actually just reflect. (FYI, Koons turned 60 in January of this year; Warhol was 58 at his death in 1987.)

Listen. We’re all not somehow entitled to live in an age that is a miraculous draught of art. If you lived in Lisbon in 1743 (quick, name an 18th century Portuguese artist) or Paris in 1690 (any Jean Jouvenet fans out there?), well that’s your historic moment and it won’t change no matter how you stamp your feet and whine about it. Time will tell if the early 21st Century will be remembered as a great moment for the visual arts, but it might be better if our scribes occasionally decided to light a candle rather than curse the art market. Of course, for the s-agers, treasure the time, for as Shakespeare wrote in "As You Like It," the next and final chapter “is second childishness and mere oblivion, sans teeth, sans eyes, sans taste, sans everything.” That sounds worse than complaining about Damien Hirst.