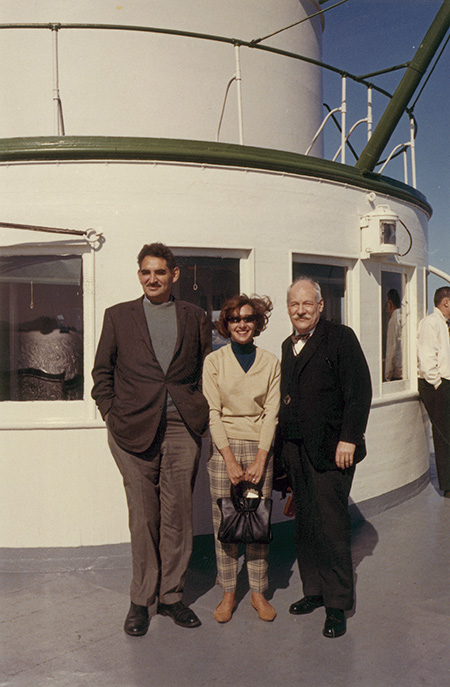 With the conclusion of “Jim Dine: A Life in Printmaking” on August 2, 2014, Wright Exhibition Space in Seattle concluded a 15-year run as the most deluxe alternative space in the city’s history. Designed by the original Chelsea gallery architect Richard Gluckman (with James Olson), Wright Exhibition Space was founded by Virginia and Bagley Wright (1924-2011), two collectors and arts patrons long associated with Seattle Art Museum. The building in the city’s exploding South Lake Union neighborhood will be demolished.

During its operation, Mr. and Mrs. Wright invited a variety of guest curators (including me for the 2007 Mary Henry retrospective) for 27 group and solo shows under optimum conditions of lighting, natural filtered skylights, publicity and publication support. In addition to 12 separate exhibits featuring their postwar American art collection, including four Color Field shows, “9 From L.A.” was a 2014 recreation of a 1968 Los Angeles County Museum of Art survey, but with examples exclusively from the Wrights’ collection by the same artists along with a newly restored DeWain Valentine, “Gray Column” (1975-76).

Following her graduation from Barnard College, the young Virginia Bloedel was hired by dealer Sidney Janis as a gallery assistant. Looking back at her job there, Wright recalled how Pollock “helped” her de-install his 1951 show. “We had heard he hated shows coming down and we were told he would spend a lot of time in the bar. Well. He came back and Mrs. [Harriet] Janis, Lee Krasner, and I were down on our knees carefully detaching the staples. Pollock came in, drunk as could be, saw us as these over-reverential, kneeling-down ladies. He kicked us all aside, put his foot on the stretcher and—rip, rip, rip! He knew what he was doing! It was the perfect Abstract Expressionist gesture.”

“The Abstract Expressionists, they were what I was first exposed to. They were like father figures, but that was my parents’ generation. Figures to revere, but it wasn’t until the Pop Artists that I felt a connection to artists my own age.”

Although being among the first collectors from outside New York to purchase early works by Pollock, de Kooning, Rothko and others, Virginia Wright felt she “had more affinity to Pop Art than Abstract Expressionism. I have a lot of regrets such as selling a Warhol to buy more Color Field. Janis wasn’t like that. He believed that the people who sorted things out were the artists, not the critics. He was very curious and he didn’t have an ego like [critic] Clem[ent Greenberg]. Janis was like the Gagosian of that day. I guess I always listened to artists and now I regret a little listening to Clem.”

“[The dealer] Andre Emmerich was a very good friend and we were already collecting Color Field before we met Clem. He and Leo Castelli were the most important dealers of the 1960s: Andre had Color Field and Leo had everything else.”

“You had to wait in line at Leo’s for the [Frank] Stellas, Lichtenstein and Rauschenberg. The [Robert and Ethel] Sculls and the [Ben] Hellers were at the top of the collector pecking order. Someone from Seattle had to stand in line, but we eventually got what we wanted.” Indeed.  Jasper Johns’ “Thermometer” (1959) is now valued at over $80 million and, like the rest of the Wright collection, gifted to SAM.

“Bunyonschess” (1965), Mark Di Suvero’s first commission, was a kinetic timber-and-rubber-tire assemblage constructed for the Wrights’ backyard and meant at first as a kind of playground toy for their four children. This is a good example of how they became known for buying artists early in their careers. “Di Suvero spent one summer in our house building the piece while we were in our other house on Bainbridge Island. He really treated it like his own! He’d asked us if we’d read Joyce Cary’s 'The Horse’s Mouth,' but we didn’t realize he’d take it literally!”

“He played a trick on Bagley when he was back in Seattle checking on the house. Mark had hidden the Pollock and then asked Bagley, ‘Hey, have you seen the Pollock lately?’ It was in a closet where he’d put it to protect it from all the parties he was throwing.”

In 1969, Wright’s father, Prentice Bloedel, made possible the Virginia Wright Fund with $1 million in seed money. This allowed for the commissioning of numerous large-scale outdoor and indoor sculptures by, among others, Alice Aycock, Jonathan Borofsky, Michael Heizer, Donald Judd, Bruce Nauman, and Barnett Newman. Many became part of the Outdoor Sculpture Collection at Western Washington University in Bellingham, north of Seattle; SAM’s Olympic Sculpture Park; and the City of Seattle’s Art in Public Places program.

Besides Di Suvero’s WWU commission, “For Handel” (1975), commissions for Nauman and Serra went smoothly although Serra’s first commission, “Wright’s Triangle” (1976-80), attracted student graffiti before it was protected by Western Gallery curator Sarah Clark-Langager. As Serra told me at the dedication of “Wake” (2004) in SAM’s new Olympic Sculpture Park, “Virginia and Bagley: they invented me!”

[Part 2 of this profile will appear during April—Ed.]