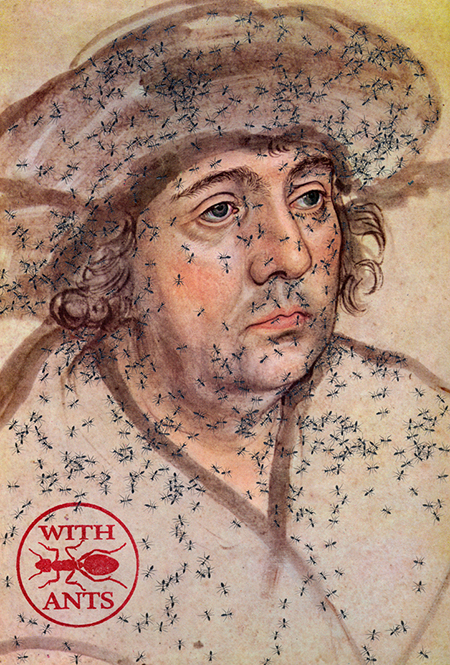 With all the recent cynicism about a dollar-driven contemporary art world in which commercial galleries and art fairs are considered the tastemakers and superstar artists like Damien Hirst and Jeff Koons continue to prosper, I wish to express my gratitude for the artist-run spaces and the artists who run them. For they are the soul-keepers of contemporary art. Particularly in my current home of San Antonio, where commercial galleries are scarce, the DIY system has provided me with an ongoing adventure, a love affair perhaps, with the unpredictable and sometimes funky venues that have introduced me to a continually expanding group of enormously talented artists.

With a different set of expectations from the dealer whose primary objective is sales, the artists who establish exhibition spaces are well aware that their endeavor is not a business. What this position does bring them, however, are qualities that do not have a price tag, such as greater freedom to experiment and the satisfaction that comes with helping other artists. For the most part, full installations at the artist-run spaces tend to be artworks in themselves, either created by the artist/owner, the artist/exhibitor, or resulting from a collaboration between the two. With no guarantee of financial stability, the artist-run spaces are mostly fleeting. Yet the pattern that I have noticed is that as soon as one folds, another one opens up.

One of the first exhibitions to catch my eye in the San Antonio DIY scene took place at the now defunct vtrue artspace (originally known as i2i gallery), which was operated by Judith Cotrell and Gary Smith. In 2007, the tiny storefront housed a captivating installation by Justin Parr, who is perhaps better known as the owner and self-proclaimed "co-conspirator" with the artist Ed Saavedra of Fl!ght gallery, one of the longest running artist-run spaces. For his installation at vtrue, Parr interpreted the subject of life's journey as an adventure in searching. The highlight of this exhibition was a series of photos printed on miniature canvases that were hand-painted and randomly scattered across the walls. In each, a red inflatable Mylar tube was shown in various states, ranging from fully inflated to bruised and battered, in a variety of places along the route. Although playful and whimsical, the series, as a metaphor, gave a realistic portrayal of life’s triumphs and pitfalls.

Parr and Saavedra have recently relocated Fl!ght to a larger space in the Blue Star Arts Complex, yet many of their finest exhibitions were held in their last and smaller venue in the 1906 S. Flores building owned by Andy Benavides, also an accomplished artist in his own right. It was there that I first encountered the exquisite anthropomorphic drawings of Marlys Dietrick, a veteran artist who has yet to receive the accolades that she deserves. And it was there that James Cobb also investigated the subject of a journey, in the form of eighty clever drawings of ants parading across the surfaces of found fine art prints, thrift store paintings, clown paintings, and his own earlier artworks. Cobb's placement of the ant parades varied from image to image, often providing wonderful laugh-out-loud moments. Deliberately priced below market (ranging from $25 to $375), the exhibition was almost completely sold out, which is not a common occurrence in artist-run venues.

Another advantage of these spaces is their quirkiness in terms of shape and size. In the old Flight space there was the tiny back room where one could find an over-the-top salon style hanging. Every time I entered I discovered something new and refreshing. A similarly terrific space that used its small size to great effect was Cactus Bra (run by Jayne Lawrence and Leigh Anne Lester). In 2009, within a rectangular space that was the size of a small office, Leona Scull-Hons presented a compelling sculptural installation of larger-than-life mistletoe. The mistletoe dominated the space as opposed to being a subtle accent under a doorway. Whether visitors participated by kissing under it or not, the installation proved to be an effective vehicle for stimulating dialogue on such topics as love, friendship, and peace.

Perhaps the most versatile of San Antonio's artist-run spaces remains Sala Diaz, which was founded in 1995 by Alejandro Diaz. Currently directed by artist/musician/writer Hills Snyder, in January the baton will be passed to writer Anjali Gupta. Located in an old house, Sala Diaz consists of two tiny rooms and a small hallway that are constantly morphing. Exhibitions have ranged from the very minimal — as when Albert Alvarez exhibited nothing but a single image-overloaded painting in the front gallery — to the ultra-maximal — as in the psychedelic, head-shop influenced installations of the twin brothers David and Daniel Frank.

Sala Diaz and other artist-run spaces do an outstanding job of providing an atmosphere of down home conviviality that is antithetical to the glam-and-glitz openings of most commercial galleries. With its warm invitation to lounge on the front porch or hold court on the front lawn or in the back yard, I give them a five-star rating for hangout-ability.