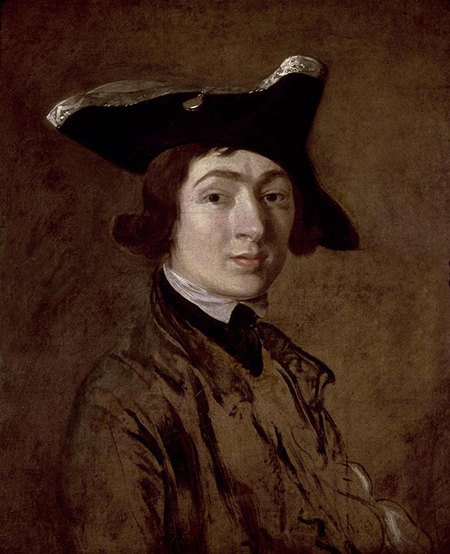 For the first time, the distinguished collection of paintings, sculptures, and decorative arts from Houghton Hall in England is on tour. It opened first at the Museum of Fine Arts, Houston, thanks in part to MFAH Director Gary Tinterow’s friendship with Lord Cholmondeley, who has looked after Houghton Hall since the death of his father in 1990. Built in the early 1700s by Sir Robert Walpole, England’s first prime minister, and located in Norfolk, Houghton Hall is recognized for its Old Master paintings, 18th and 19th century portraits, and collection of Sèvres porcelain, as well as noteworthy furniture. Although some of the paintings were sold by Walpole’s grandson to Russian Empress Catherine the Great in 1779, the house and its furnishings have remained intact, and Walpole’s descendants have added considerably to the collection with works by Giambologna, Gainsborough, Géricault, Burne-Jones and Sargent.

The installation is stunning. Some 200 objects are organized around scrim panels that create the architectural spaces of Houghton. Family portraits by Hogarth, Reynolds and Sargent, as well as unique pieces of William Kent furniture, complete the illusion of walking through the great house. The exhibition also features significant loans of some of the paintings sold to Catherine after Walpole's grandson squandered the family fortune. Among these are portraits by Hals, Van Dyck and Velázquez – a few of the original Houghton paintings, which eventually found their way from Russia into the collection of the National Gallery of Art in Washington, DC.

The Cholmondeley family has served in the House of Lords for centuries and has maintained close ties to England's royal family. Consequently, coronation robes and family coronets worn to royal ceremonies are included in the exhibition, as well as dazzling 18th- and 19th-century silver. Capitalizing on the popularity of the "Downton Abbey" television series, the exhibition has been drawing record crowds. Houstonians seem to be fascinated by this tantalizing glimpse into an upper-class lifestyle that has, for the most part, vanished. Lord Cholmondeley’s decision to send his family’s possessions on the road is a shrewd way to maintain possession of the house, where he lives part time with his wife and twin 4-year-old sons.