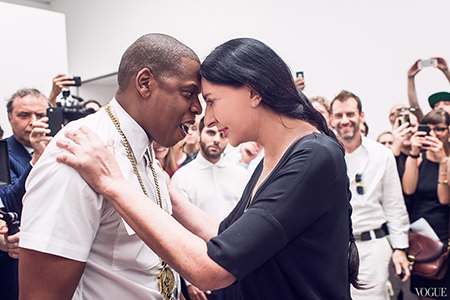 Almost 30 years ago, I interviewed film and television actor Martin Mull for a essay about his artwork. It was a great conversation. Mull started out as a visual artist — he has an MFA in painting from the Rhode Island School of Design — and continues to produce intriguing pop images that combine what appear to be vintage photographs with "paint-by-number" landscapes. At one point, Mull commented that acting was a good way to finance his art making.

Sherman herself commented on the Franco mimicry, "I don't know that I can say it's art but I think it's weirder that Pace would show them than that he [Franco] would make them." Sherman makes an important point. Pace is what we call a "blue chip" gallery, representing superstars like Chuck Close, Sol LeWitt, Maya Lin and Robert Rauschenberg. Why would they show Franco's work? According to Saltz, "The gallery can either say, 'We're publicity whores and want long lines to see bad geegaws by a celebrity.' Or it can say 'We love this art.'" I differ with Saltz here. I don't think the gallery can possibly say, "We love this art" with a straight face. Which means, Pace Gallery has to admit it has been compromised by a lust for celebrity.

This is no surprise to those who remember that rap musician Jay-Z did what he called a "performance art piece" in the same gallery last year, rapping his "song" Picasso Baby over and over again in front of the video cameras. Also in attendance was Marina Abramovic, the self-described "grandmother of performance art," who did a forehead-to-forehead parody of her notorious "The Artist is Present" piece at one point during the videotaping.

Abramovic has been friends with Franco since 2010. And she is currently working with pop singer Lady Gaga on an album. As she asserted in 2013, "The public who normally don’t go to the museum, who don’t give a crap about performance art or don’t even know what it is, started coming because of Lady Gaga." Painter-provocateur Jeff Koons has worked with Gaga as well.

So? Artists, rappers, and pop stars? What's wrong with that mix? We all know that Andy Warhol famously stirred rock and movie stars into the spicy stew of his Factory and then founded the celebrity-focused magazine Interview. Is today's art-celebrity melange any different?

I'm a post-Warholian, post-modern woman: I believe that the old good-bad, high-low distinctions need to be challenged, reconsidered and often jettisoned. But there's more than a simple assault on the tradition-bound contrast between high and low art going on here. What's happening is not a reconsideration, but an inversion. Today's celebrity-driven popular art is going beyond the Warholian mix. It is eclipsing what we used to call fine art — you know, the stuff that challenges you, makes you think, maybe even upsets you. Celebrity is smothering art, flattening high and low into a mindless sameness.

Today's cult of celebrity has roots in the 18th-century cult of personality, part of the Romantic Movement that also gave us the stereotype of the crazy artist. The difference is that celebrity today is fueled by, indeed dependent on the mass media production and endless reproduction of famed faces. Romantics were known for their art or poetry or music. Today, celebrities can be "famous for being famous" rather than for any personal achievements.

Back to Franco and Jay-Z. Would Pace even consider showing a Cindy Sherman redux by one of those many (anonymous) art students? Would they let an unknown rapper spend six hours doing "performance art" in the gallery? Of course not. Their decisions are driven by celebrity. By those faces that show up on all the magazine covers we see as we pass through the grocery store checkout line. This practice is not about quality or worth or any kind of true, lasting power. It's not even about money. It's about precisely what Jerry Saltz suggested: They are "publicity whores" who want to see big mobs of fans lining up to see "bad geegaws" made by super stars. Madonna's underpants would be a comparable draw.