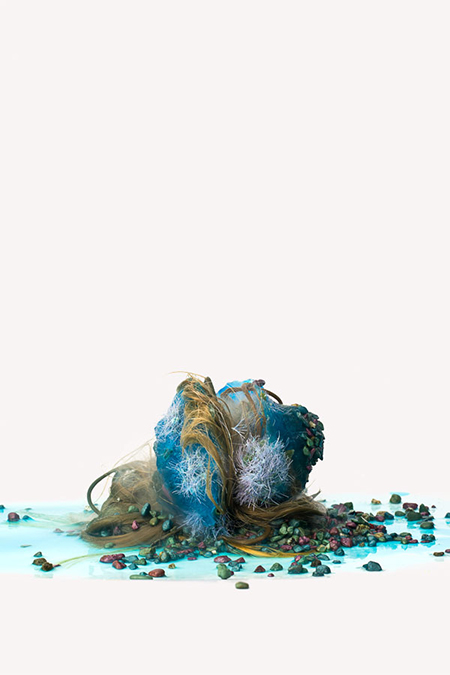 The photographic prints in Sarah Knobel’s “Icescapes" manage to be simultaneously whimsical and poignant. The Montana-based artist has staged photographs of disparate objects — feathers, wigs, toys, foodstuffs — that have been frozen in gelatin molds, then left out to slowly thaw. As the strange contraptions melt, their contents are exposed, often to bizarre effect. The vividly colored arrangements are positioned in front of immaculate white backgrounds, heightening their chromaticism.

Knobel conveys her fascination with the ways in which human-made products interact with the natural process of melting. Beyond this, the works may also be seen as referencing global warming or, more generally, the phenomenon of decay. Droll as they are, the compositions have a melancholy tinge; as we watch them slowly disintegrate, we cannot help but think of our own physical destinies. Initially seduced by the works’ sheer visual novelty, we realize with a start that these silly little feather-sprouting, candy-colored vignettes are in fact memento mori.