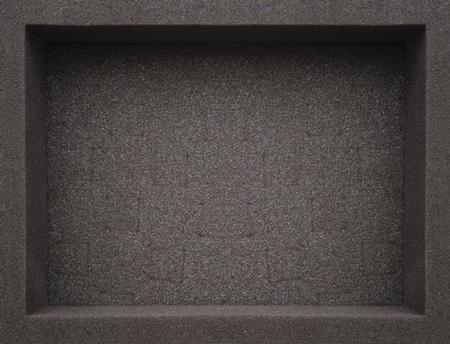 For many years, Seattle-based artist Isaac Layman has been transmuting quotidian household objects — ice cube trays, stovetops, heating vents — into the stuff of minimalist epiphany. In his photographic prints there are no people, only the evidence of their unseen presence: books on shelves, dirty dishes piled in a sink, frozen Otter Pops lined up as if for a hot summer day’s refreshment. But in his current exhibition, "Funeral," the inferred residents of this archetypal household’s inferred inhabitants seem to have left the building.

In "Cabinet" shelves that once teemed with books lie bare, their paint chipping in dingy obsolescence. This feels like what bookshelves will look like once everyone has made the switch to Kindle. In another piece, also titled "Cabinet," shelves that once held stemware, coffee cups, bowls, and plates, are now denuded. Similarly, there is nothing being cut on "Cutting Board," only the vaguely obscene stains of things chopped up for meals past. "Untitled (Salmon)" shows only the dregs of the fish: stray chunks of greasy flesh here and there upon a sheet of crumpled tin foil. Whoever ate it is nowhere to be found. Perhaps something bad befell them at meal’s end, as in the infamously ambiguous series finale of HBO’s "The Sopranos."

The image of a "Sink" follows up a piece from a previous exhibition in which said sink teemed with plates and pots from a just-devoured dinner; in the current work, the sink is empty and spotless. The comfy, messy realities of a lived-in home have, in this image, given way to antiseptic sterility, as if the place has been cleared by a divorce or death.

Layman employs a novel technique. He does not print a single photograph, but rather digitally composites dozens and dozens of photographs taken with a scanner-augmented camera. He calls the completed images “photographic constructions.” Each of their myriad components takes a full sixteen minutes to scan, yielding extraordinary detail. And while the finished works exude preternatural crispness, they are not exactly “realistic” per se; in each exposure, Layman tweaks lighting and adjusts depth-of-field to the millimeter, creating the illusion of objects that are spatially impossible. In one of the "Cabinet" pieces, for example, some shelves recede in two-point perspective, while others do not. Viewers may or may not notice these incongruities, which effectively convey the God’s-eye view of being able to regard fixed objects from multiple angles at once. It is a kind of subtle Cubism.

Subtlety, in fact, informs most of the work on display. An oversized image of a door primed for painting is so eggshell drab, so uninflected. It almost reads as Agnes Martin minimalism. Near-monochrome appears again in close-ups of charcoal-hued foam. "Funeral" shows the interior of a carrying case: a hollowed-out foam rectangle roughly the aspect ratio of a television screen. There’s nothing inside the case except small indentations lingering from whatever objects it once contained. Very much like static on a television screen, the framing device of form remains, even in the absence of content. This is true of the house itself, which Layman has obsessively documented. This is a harrowing piece of real estate: Eerie, unnerving, redolent of loss and grief.