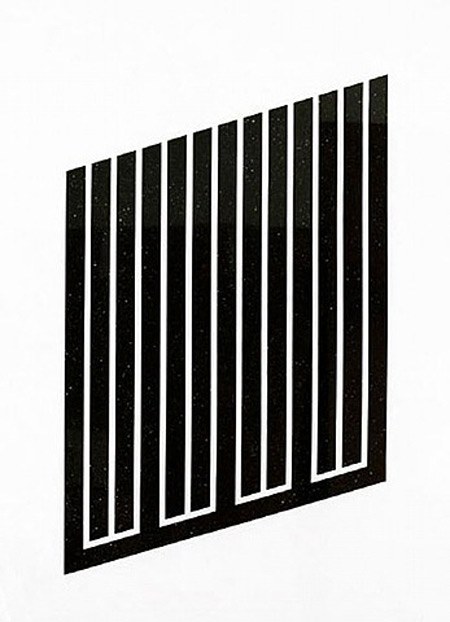 Let’s not kid ourselves. February is a funky month. It’s an unsettling period of encouraged quietude, of enabled do-nothingness — a sulky month in this part of the county, when fluffy fresh snow can feel almost distastefully chipper. Zane Bennett taps into late winter’s pervasive bleakness with “Black Space,” a collection of works on paper united by their wanton darkness. Artists like Ellsworth Kelly and Robert Motherwell, among other heavy-hitters, are rarely un-enjoyable, and here the stark palette works to make them particularly intriguing. Associations are overt and blunt and wonderfully unromantic when composed of abstract forms rendered in timeless, evocative black.

Richard Serra’s "Muddy Waters" is a murky, moody marvel. Smears of black have their way with the work’s surface, which Serra seems intent on bludgeoning rather than painting. The overall effect is defiant, final and totally un-subtle in its darkness. An untitled lithograph by Donald Judd is, predictably, more restrained, and features an Escher-like maze of black lines that is both moderated and insouciant. These and other alternately irascible and graceful works make “Black Space” a romp through the dark side that leaves us wanting to linger.