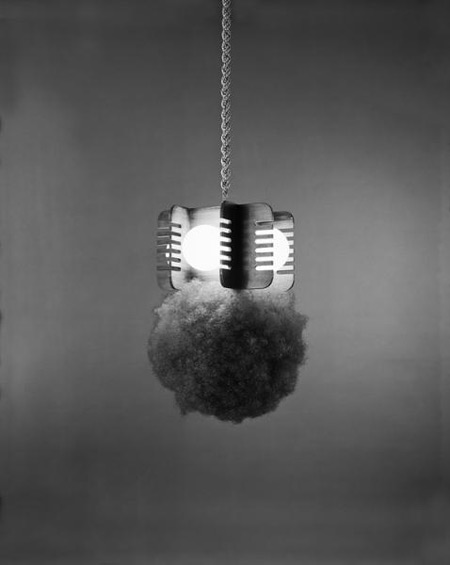 This year, it seems, New York-based artist Luis Gispert has made some changes. Known for photographs of panoramas and figures, and pseudo-functional objects referencing stereotypes, youth cultures and luxury, in “Pin Pan Pun,” the School of the Art Institute of Chicago alum retains this same content, but with an aesthetic that has been thoughtfully distilled.

Here, Gispert’s photos are pared down to black and white renditions of symbolic combines, like a piece of curly wig attached to a designer lamp in "Nappy Light," mounted on shallow boxes that bear along their edges the color and texture of what’s depicted. Opposing the starkness of these photos are the visceral qualities of sculptures like "Dookie Roll," with fake gold chains hand-carved from a narrow block of hydrostone, or "Narrowcaster," a gilded coconut pierced with a stalk of sugar cane that’s laden with cultural baggage a little more historical than some of the other works, but that is still right on the nose.