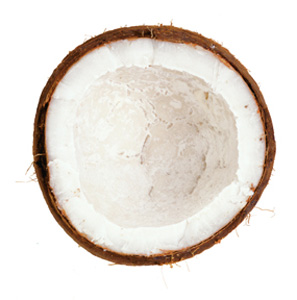 A tsunami of photography exhibits sweeps across San Antonio each fall during Fotoseptiembre USA, a month-long festival that floods practically every museum, gallery and art space in the city with more than 60 two-dimensional shows featuring upwards of 200 photographers. Organized since 1995 by Michael Mehl, festival director, and partner Ann Kinser, festival coordinator, Fotoseptiembre is open to just about anything that can be called photography, from the blue chip avant-garde to amateur snap shooters. Taiwan is a special focus this year, part of the Year of Taiwan that celebrates San Antonio’s sister city relationship with Kaohsiung, Taiwan.

In “Animal Instinct: The Photographs of Daniel Lee” at the San Antonio Museum of Art, the New York-based artist, born in China and raised in a Taiwanese army village, explores the connections between humans and animals. In the 1993 series “Manimals,” Lee used computer technology to create hybrid images of people merged with the animals of their birth year in the Chinese zodiac. Other hybrid series deal with Buddhism, punk night clubs, genetic engineering and dreams. In his most recent series “Circus,” Lee says he has found the perfect subject for blending human and animal characteristics because circus performers and animals “work together, live together and act like one another in performance, all to please the audience.”

Lugging a 55-year-old Deardorff 8-by-10 viewfinder camera, Laura McPhee spent two years recording the shifting boundaries between the land and people of rural Idaho’s Sawtooth Valley for “River of No Return” at the Southwest School of Art. Using a traditional wet process, she created mammoth 6-by-8-foot prints of breathtaking clarity. Curator William Stovar of the Boston Museum of Fine Arts says “this valley in Idaho is a microcosm of America as a whole, and the dilemmas we each face when confronting our ideas about the land and environment.”

Two San Antonio artist/photographers cross borders at Gallery Nord. Carla Veliz explores the stark contrasts between her native Piedras Negras, Mexico, and her adopted hometown in “XXI: Who We Are and Who We Could Become.” The centerpiece is a 16-by-6-foot silk cloth that she abused, neglected and tortured for 21 days, representing 21 centuries of societal ills. She then spent 21 days trying to repair the cloth, a process she documented in video and digital prints. She calls it “a profound odyssey into the dark recesses and boundless potential of the human spirit.” Iranian-born Ramin Samandari explores the spiritual relation of the human form to landscapes around San Antonio such as Enchanted Rock and the Guadalupe River.

A full schedule of Fotoseptiembre USA events can be found on the Web site at www.fotoseptiembreusa.com along with online exhibits in the SAFOTO Web Galleries.