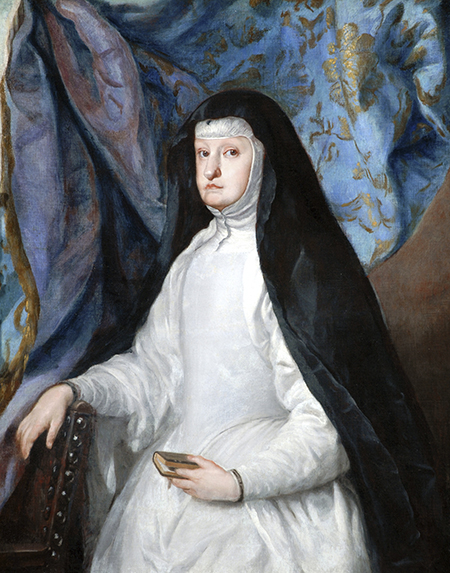 Eleven paintings by celebrated Spanish artists, including El Greco, Francisco de Goya, Claudio Coello and Carreno de Miranda, on loan from the Bowes Museum in the UK, illustrate the depth and rigor of Spanish old master painting. The 19th century founders of the Bowes Museum, John and Josephine Bowes, amassed a substantial collection that includes over 100 paintings by Spanish artists. The museum opened to the public in 1892. Most of the works here, as in the collection itself, feature religious themes dating from the early 16th century through the early 19th century. Goya is represented with works that pass beyond religion to his examination of social injustice.

Meadows curators chose the works on view because they are the finest pieces in the collection, considering the range of emotion and styles represented over the centuries in Spanish art. These pieces were acquired by the Bowes at auction, and, later, from the collection of the Conde de Quinto, a Spanish politician.  At the time he pioneered collecting high quality Spanish art for placement in a private collection. The exhibition also includes archival materials, such as the catalog of the de Quinto sale with visible notations by John Bowes himself.

In the first gallery an exquisite portrait of “Catherine of Austria, Queen of Portugal” (1552-57) illustrates high fashion and the quite distinctive facial features prevalent in the Habsburg family. Painted by Alonso Sanchez Coello as a copy of an original by Anthonis Mor, it represents the pinnacle of small-scale portraiture during the era. Mor’s placement of the figure against a dark background, with extreme detailing in the clothes and coiffure, was groundbreaking. Coello mastered these stylistic motifs as well. Paintings by both artists can be seen in the Meadows’ permanent collection for a deeper dive into the period.

For an atypical rendering of Saint Peter look no further than El Greco’s “The Tears of Saint Peter” from the 1580’s. The saint, as the first Pope and bearer of the keys to the church, usually bears a triumphant or victorious air, whereas here he’s humbled, eyes raised upwards toward God, full of tears. El Greco captures the moment when Peter the Apostle realizes that Christ’s prophesy has come true, being that he would betray his master three times before the cock crows. An illuminating moonlight brightens Peter’s face and arms in a composition otherwise characterized with dark accents and a cloudy night sky.

From the Baroque period Claudio Coello, shortly to become her court painter, painted a portrait depicting royal piety with “Mariana of Austria, Queen of Spain” (1683). The widowed wife of Philip IV wears the habit-like garments, dark veil and white tunic typical of royals in mourning. Philip and Mariana were painted more than a few times by Velazquez, most famously in “Las Meninas.” For comparisons, again in the permanent collection, visitors can see a younger Queen Mariana and King Philip as painted by Velazquez twenty years prior to Coello’s painting.

In the most visually arresting image sequence in the exhibition, the curators juxtapose a painting by Goya from the permanent collection with a companion piece by the artist from the Bowes. “Interior of a Prison” and “Yard with Madmen,” both 1794, are small oil paintings on tin plate.  “Yard with Madmen” was the first among about a dozen dark paintings that render madness, confinement, torture and helplessness as a way to comment on social injustice. These pieces also reveal Goya’s mental state as he slid into his own nervous breakdown, deaf and ill, as well as powerfully criticizing what the supposed Age of Enlightenment failed to deliver. Small-scale precursors to the famous “Black Paintings” but no less harrowing, they capture the disarray and spilled blood of the French revolution while representing a prescient foreshadowing of the carnage that would result from Napoleon’s conquests, also the source of Goya’s series the “Disasters of War.” Over two hundred years later we still haven’t learned the lessons of Goya’s warning.