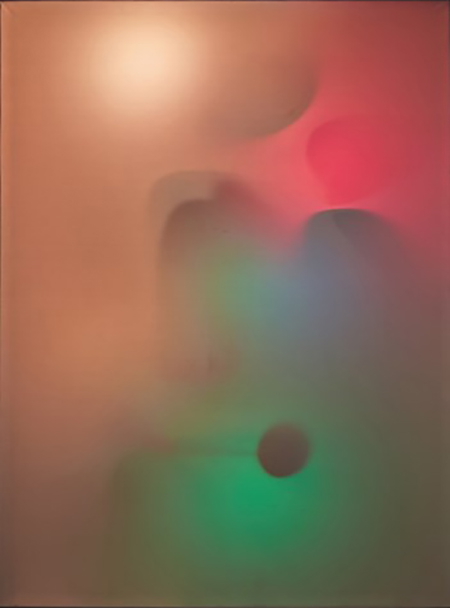 As a historic epicenter of Mid-century modern design and architecture in the United States, Palm Springs is the pluperfect host city for “Kinesthesia: Latin American Kinetic Art 1954-1969.” Mid-century’s quirky marriage of high-mindedness and whimsy — Neutra’s pristine rectilinearity tempered by atomic-ball wall clocks and coconut chairs — has established Palm Springs in the collective consciousness as a bastion of kitsch-inflected retro-futurism. Which is essentially how we today have come to think of kinetic art. What makes “Kinesthesia ...” revelatory beyond its rollicking, Jetsons-era nostalgia is the rigor with which curator Dan Cameron lays out the movement’s conceptual underpinnings and illuminates the ways in which artists from Argentina, Venezuela, Brazil, Chile and Cuba added their distinctive voices to this primarily Paris-based phenomenon. Presented as part of Pacific Standard Time:  LA/LA, the exhibition also demonstrates with crystalline pellucidity the links between kinetic art and Constructivism, De Stijl, Op and California Light and Space.

The show begins with a consideration of what it does and doesn’t mean for art to be kinetic. Nothing is actually moving in “Cuatro Modulaciones” (1969), Jesús Rafael Soto’s van Doesburg-esque wall sculpture. Its gridded metal squares protrude from a gray-and-blue base, yet the piece’s retinal interaction with the viewer yields a dizzying array of moiré effects and vibrational color. Likewise, the exhibition’s undisputed selfie magnet, Julio Le Parc’s glass-and-steel “Cloison à lames réfléchissantes” (1966-2005) is technically static; but as you move along its nine-foot length, the red losenge mounted behind it comes alive with fractured prismatic light, and your own contours appear to stretch and morph like Plastic Man breakdancing in a funhouse mirror.

There are plenty of works in the show that do move in a decidedly more literal fashion. In Abraham Palatnik’s “Aparelho cinecromático” (1962), multicolored lightbulbs blink behind an opaque plastic sheet as cardboard paddles rotate, throwing gesticulating shadows onto the picture plane. The show’s catalogue, published by DelMonico Books, unmasks the innards of this contraption: a Rube Goldberg-worthy assemblage of wires and circuits. Stripped of its exoskeleton, it begs we “pay no attention to that man behind the curtain.” Similarly, look for the source of dancing light projections in Le Parc’s “Lumière sur resort” (1964/1996) and you’ll find a box of spring-mounted bolts, shaking earnestly, thanks to a diminutive motor. The sensually undulating patterns cast upon the wall in Le Parc’s “Continuel-lumière avec formes en contorsion” (1966/2012) evoke slithering bioluminescent sea snakes, but in quotidian daylight are revealed to be just thin sheets of plastic, mechanically manipulated. These four machines, lined up in a row in a darkened room, are arguably the show’s most dramatic visual statement, playfully perverse, like a sex dungeon as designed by Fritz Lang.

Color is the kinetic element in Carlos Cruz-Diez’s “Chromosaturation” (1965-2010), an immersion in chenille-soft hues seeping into one another, saturating, diffusing the surface and perfusing viewers who venture through its succession of neon-lit chambers. Many will draw reference points to James Turrell, as Cruz-Diez (who is 20 years Turrell’s senior) achieves head-scratching dematerializations of space akin to those that have become the younger artist’s stock and store. Within these corridors light becomes powdery, entryways and exits take on the semblance of Color Field paintings, and you’d best watch your step, lest you walk straight into a wall you thought was empty, candy-colored air. “Chromosaturation”’s ethereality is counterweighted by other artworks that add just enough levity to keep the show this side of self-importance: Martha Boto’s motorized amoeba forms rotating on Plexiglas rods; Gyula Kosice’s acrylic maquettes for an imagined outerspace utopia; and Gregorio Vardánegra’s light grid, “Polychromie electronique I” (1965-70), clicking on and off in mindless, vaguely fiendish automation.

Part of “Kinesthesia’’s" appeal is its deft straddling of the works’ intellectual double-coding, particularly as it pertains to the role of technology. It was once a radical notion that an artwork might transcend the limitations of the static via “unnatural” chromatic or electrical means. In the wake of our current digital metastasis, such notions seem quaint. Even in the most post-ironically cheesy of these artworks, with their softly purring motors and often one-note visual gimmicks, questions are left lingering — Samuel Morse’s and Isabel Paterson’s questions: "What hath God wrought," and "is the God of the Machine benevolent or sinister?" This unabashed crowd-pleaser of an exhibition has an unexpectedly complex aftertaste. In its inky-dark rooms, more reminiscent of “Blade Runner” than The Jetsons, we remember that electrodes can be used as instruments of torture, not just to light cities, and that motors will obey any master. Inviting technology into aesthetics and culture at large is never an unambiguous proposition.