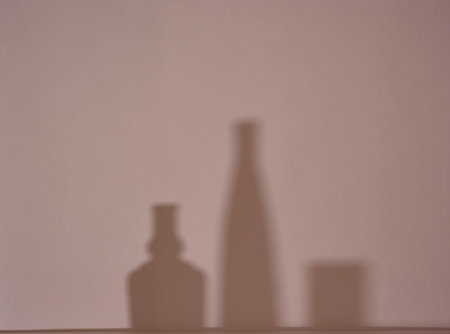 “Near Abstraction” is an evocative body of color photographs by Catherine Wagner that uses the still life paintings of Giorgio Morandi as a point of departure. While on residency at Casa Morandi in Bologna, Wagner used objects from Morandi's studio, placing them on tabletops and lighting them to cast shadows on the adjacent wall. Rather than photograph the objects, Wagner's images capture the shadows. These monochromatic and ephemeral depictions evoke Morandi's spirit as her color palette stems from his paintings. They are about memories, as well as about the ability of photography to transcend time. Also on view are a series of black and white pictures from 1976 entitled “Greenhouse Abstractions.” These are early experiments in using found materials to create abstractions through the process of playing with opacity.