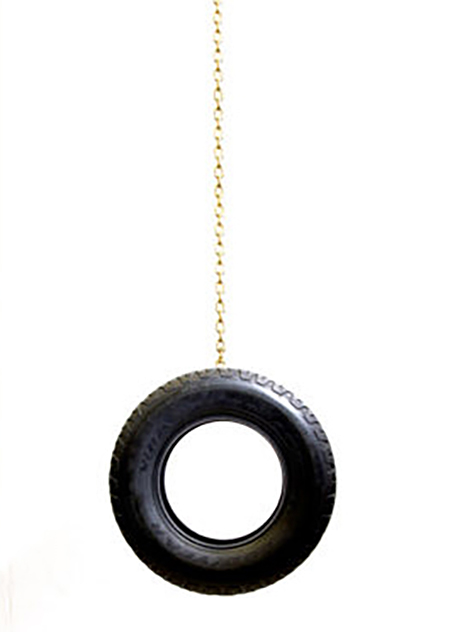 Each one of the nearly two dozen local and international artists contributing to the exhibition “Free Play” has a reason to resist conforming to technological, environmental and/or political pressures. Instead they embrace spontaneity, imagination, theatricality, chaos and chance as important elements in designing their artwork.

Elin Aasheim, a Norwegian ceramist, turned her back on formal, precise work after suffering a traumatic head injury. Inspired by children manipulating clay, she became more spontaneous, making two or three “ugly” sculptures a day with no expectations or censorship. Aaron Young, a performance artist from San Francisco, where he collaborates with members of marginalized subcultures such as tattoo artists, skateboarders and motorcycle gangs, creates work that addresses ideology, class and identity. His “Tire Swing” consists of a worn out automobile tire hung from a worldwide symbol of value: a 24 karat gold chain. Dutch designer, Maarten Baas, sets fire to pieces of furniture, charring them and preserving their remains in pure epoxy resin to make them useful again.

Visitors, inspired by the art produced for the show, can reassert their own play instinct by making their way to a work table where they will find handouts illustrating design principals along with basic tools and a variety of materials, such as cardboard and pipe cleaners, all waiting to be transformed into whimsical art.