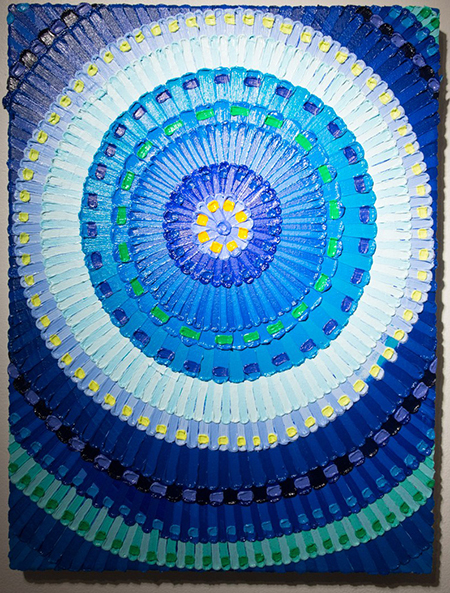 Brewer’s “Alchemical Language” is an incandescent image that captures a fragile freeze frame of water and light. The kaleidoscopic “Aquatic Pastoral” by Edmonds is so deeply textured it looks like feathers or flower petals minutely observed and then writ large. A different, more cosmic spin comes from Osuna, whose oil on canvas vibrates white and teale like an exploding star. Hayden works in encaustic mixed media to depict what he’s called his attraction to “the ever-changing, hypnotic horizon line.” Sculptural works are also powerful, such as Howe’s 23 stainless steel, aluminum and urethane abstract elements that are at once discrete but linked. And not to be missed are Kolo’s glowing “Sky, Harbor, Tide.” The works are created in ink and colored pencil that at first appear rich enough to be paint.

The Loft at Liz's
LISTINGS